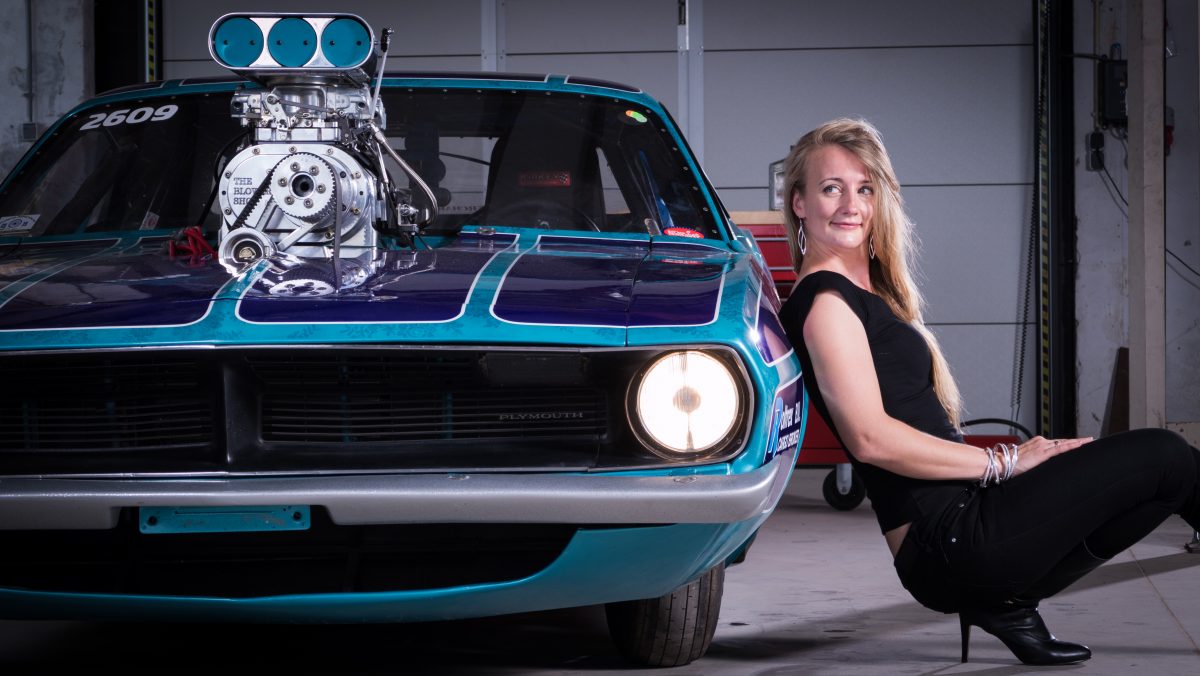 A girl with balls of steel

Where it all started..

From 2011 to the present, I have also been the back up girl of Wild’r at Heart. The 70s show of backing up this nostalgia funny car is certainly great fun to do and gave me the opportunity to learn more about drag racing from behind the scenes.  After driving at two Dutch events in 2012 with a street legal 1973 Plymouth Barracuda with a 340 engine, I was very eager to step up. Go faster and find out if I would be able to control a much stronger car.
In December 2012 we purchased a ‘70 Plymouth ‘Cuda from Sweden. After inserting a blown 440 stroker engine, updates on the chassis and the rollcage, and last but not least a gorgeous 70s paint job, SuzyQ was born.
I have been racing with SuzyQ since 2013. The 700 hp was the tamest possible set up, but still SuzyQ ran a 9.3 seconds with final speed of 140 mph on the quarter mile. 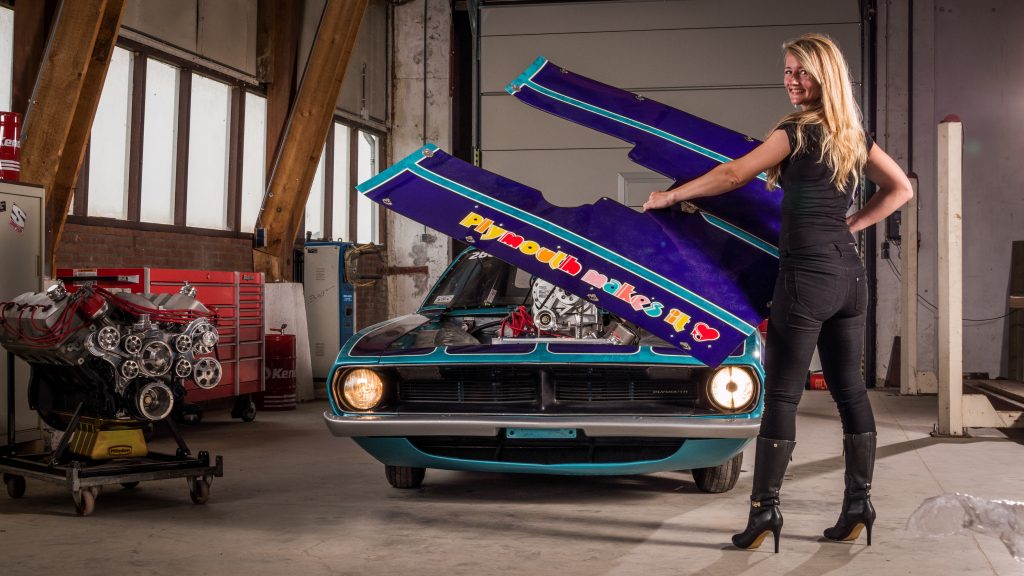 Drag racing is, like most automotive sports, a man’s world. Many drivers are men and so are the spectators. Every female driver stands out from the crowd, simple by being a woman.

2015 will be marking a new step for me. The engine of SuzyQ will be upgraded, this will make it possible for me to drive the quarter mile in 8.5 seconds, with approximately 150 mph at the top end.
These are certainly exciting times. I have always felt very comfortable in the car, but wanted to gain more experience before turning up the power. The time is right to now move further.
Racing with SuzyQ has become an international adventure, as I raced in England (several events in 2013, 2014 and 2015), Germany (Nitrolympix 2014 and 2015) and the Dutch Antilles (Drag Fest 2014). Mostly nostalgic events, as these suit SuzyQ best. 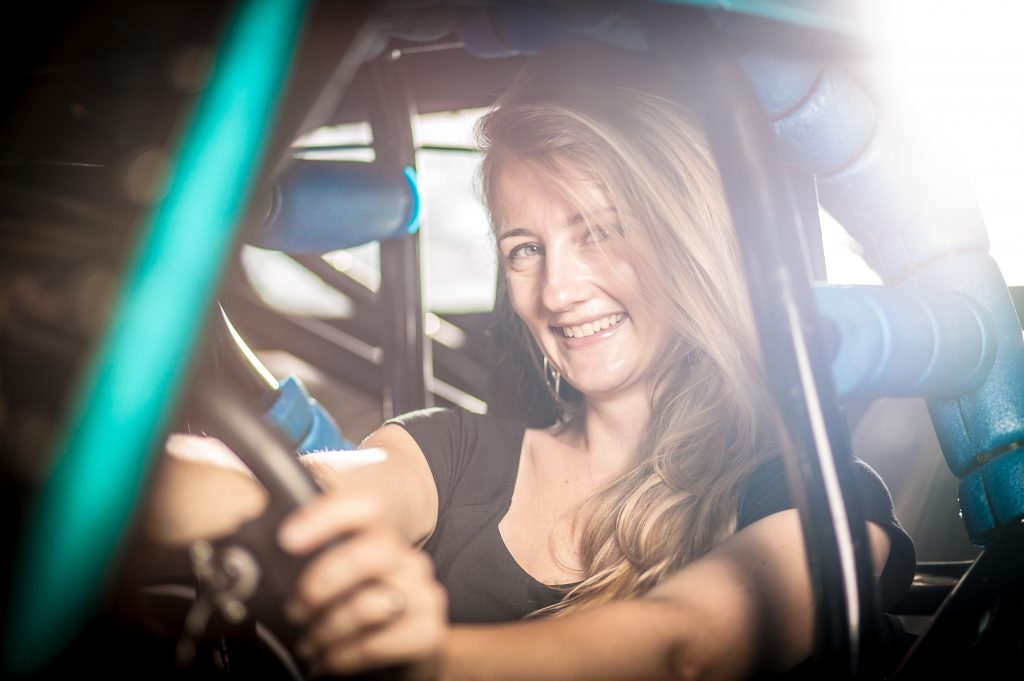 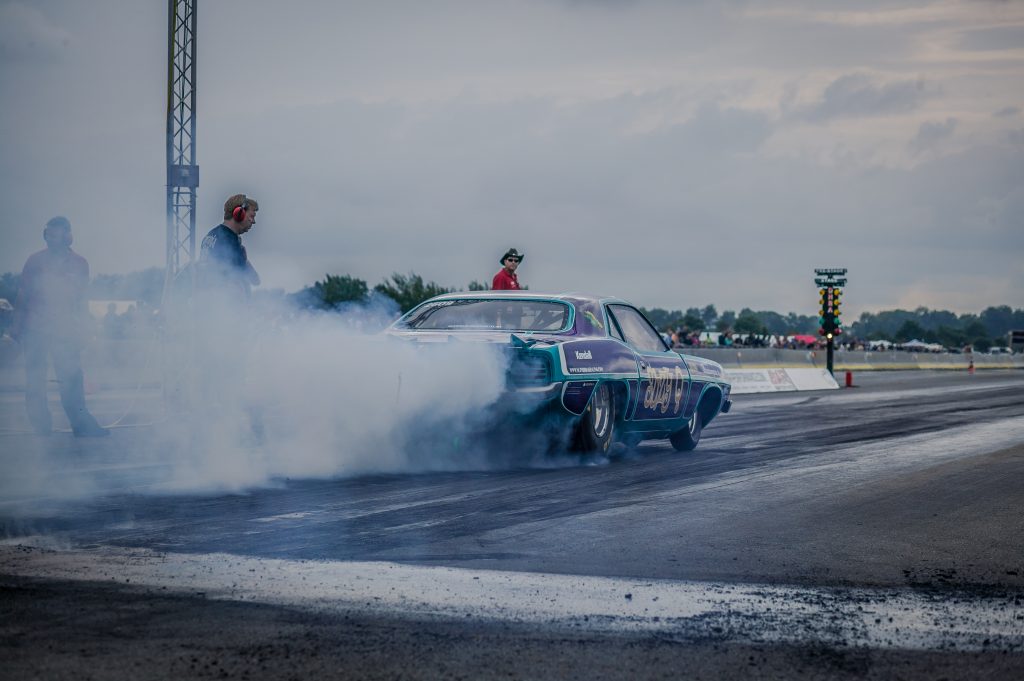 Suzy-Q lighting up those tires 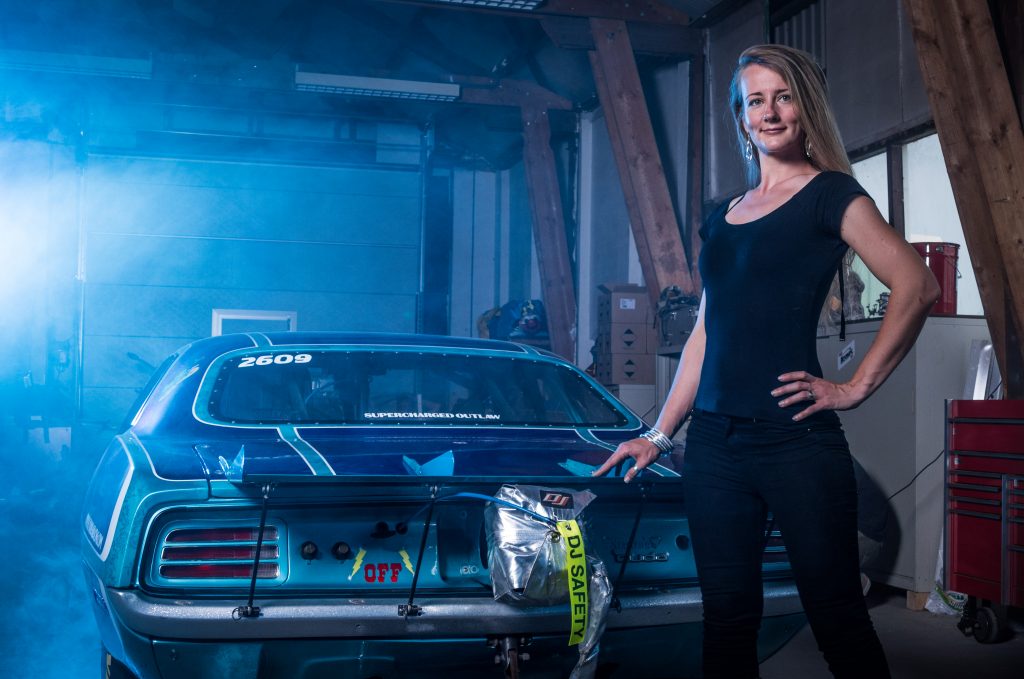 My racing in short: 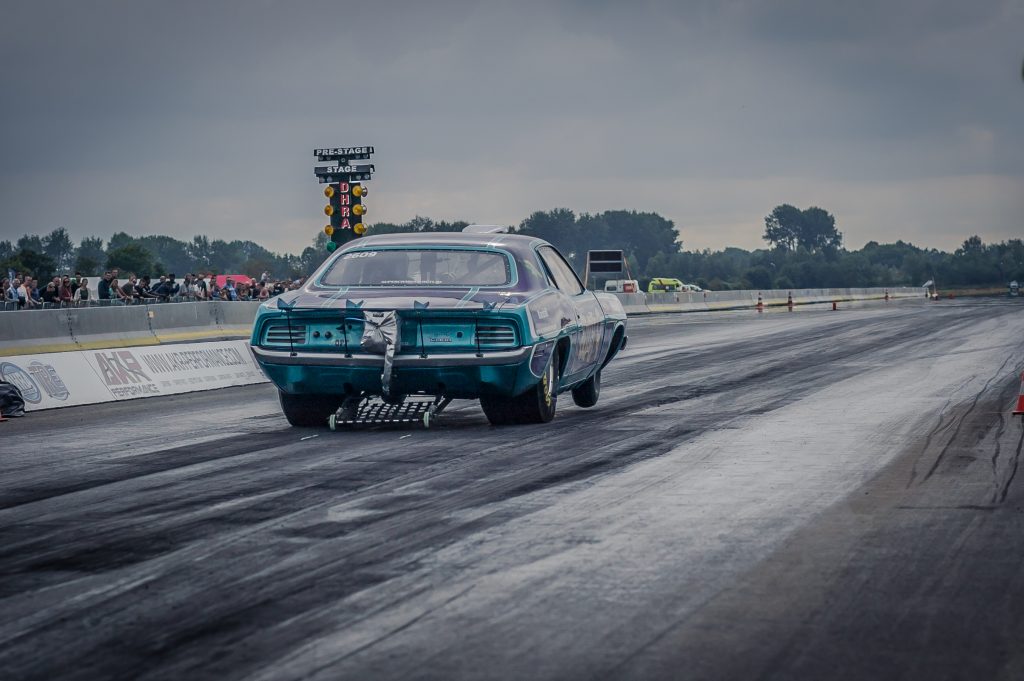 More information about Suzy-Q, check out: